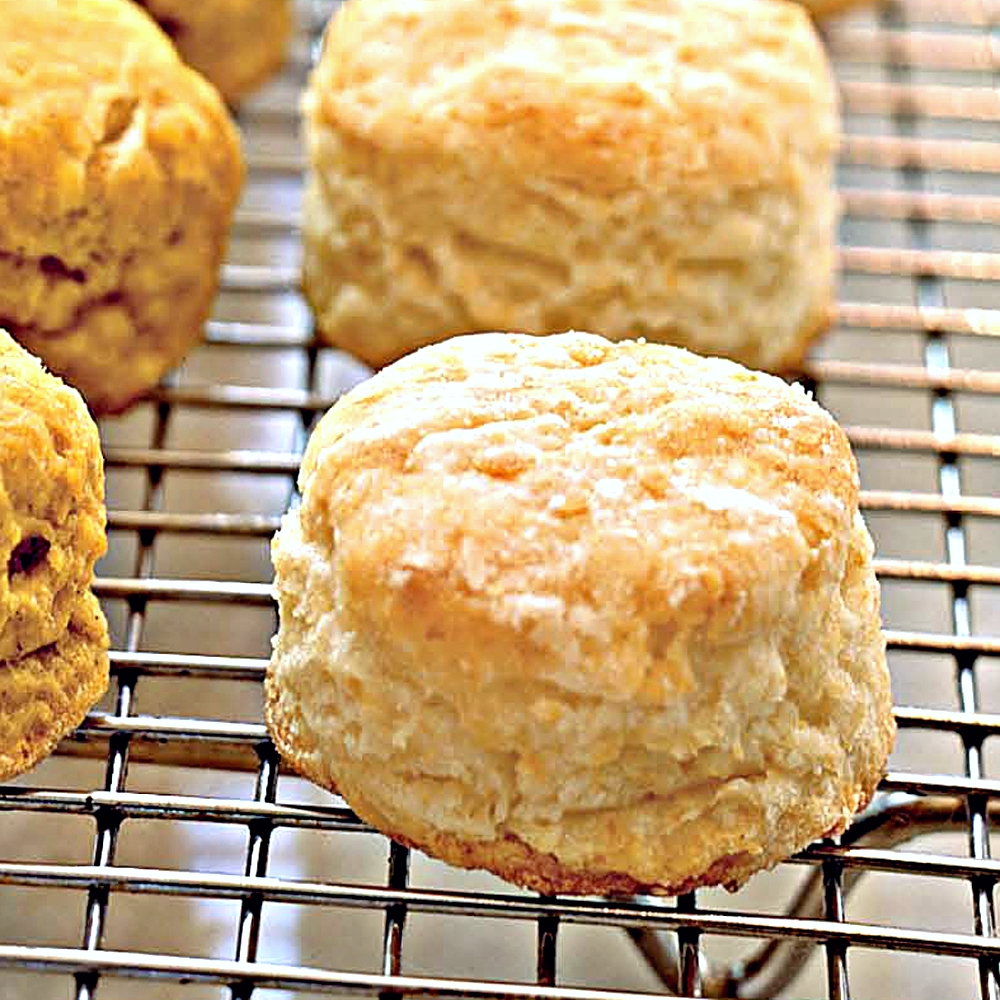 Southern bread is an experience… the smell, the texture and the weight. In the south, the making of bread is a family affair, and most of us have fond memories of rolling out dough with our mothers and grandmothers. I used an amber floral drinking glass, 70’s style, to cut out rounds in the biscuit dough with my grandmother in her kitchen. Our biscuits were never pretty, but that was never the intention, our only concern was to make them delicious.

Southern folks have an emotional attachment with bread. As a rule, no meal is considered complete without it. Like my great-grandad always said, “If there’s not a piece of bread on the plate, it’s not a meal, it’s a snack.”

Our list of the four types of bread every southern cook prepares in their kitchen is sure to keep your entrees from becoming snacks. The hardest decision for most cooks is choosing between white flour or cornmeal.

What makes the southern biscuit so special? Well, there’s a lot of lifestyle baked into this bread option. In the south, the biscuit is considered a staple and served more frequently than in other parts of the country. Our biscuits are also much larger down here, with great importance placed on how they should be made – from scratch, always. Southern biscuits are made with buttermilk, white flour, and cut with cold butter and lard. We roll out the dough until it’s about an inch thick, then cut our biscuits with whatever is handy (glasses, lids, and occasionally, an actual biscuit cutter).

In the Appalachian parts of the south, you’ll find what we call cathead biscuits. My grandparents lived on a mountain in North Georgia, where I spent my summers, so I grew up eating cathead biscuits for breakfast, lunch, and supper. These little beauties are made the same way as traditional southern biscuits but without the inclusion of butter in the flour. The dough isn’t rolled out or placed on a baking sheet, it’s dropped in big globs – as big as a cat’s head – into a cake pan then drenched with melted butter. These biscuits bake together, creating a pull-a-part type of situation in the pan, and the tops are often wild and uneven, with small peaks that resemble cat ears. The name might be strange, but the biscuits are delicious.

In the South, biscuits are served with the meal, not before, and we use them to do all sorts of helpful things, like sop up gravy, broth, or anything with a sauce. In other words, we put our biscuits to work.

Cornbread in the south can be cooked only one way and that’s in a cast iron skillet. Now, the consistency of the cornbread will always vary from family to family. Some prefer a dense bread that is mostly, or all, cornmeal. This type of bread has deep roots in southern cuisine. In my family, we make cornbread cake, where the mix is equal parts cornmeal and white flour. This modernized version of cornbread is very popular with southern families but is rarely served in restaurants. Cornbread cake rises high in the skillet, so when served, it resembles a piece of cake.

When I moved away to college, I took my mother’s recipe for cornbread cake and a skillet from my grandmother’s stash of hoarded cast iron. My friends laughed at the giant cast iron pan on top of my stove, always oiled and ready to go. But after a bite of cornbread cake, they understood why this girl from Georgia always needed a bag of cornmeal and a skillet in her kitchen.  I like to dress my cornbread with salted butter then let it soak in a juicy side dish, like sautéed squash.

Fried bread usually refers to the frying of biscuit dough into something that looks a whole lot like a pancake. Popular for breakfast and brunch, this fluffy bread is often served with butter, jam and seasonal preserves.  But this pan-fried bread is also delicious paired with savory sides at dinner.

Fried bread is usually made in a skillet using oil and cooked quickly – flipping the bread only once so that both sides are golden with a fluffy, puffy middle. Fried bread pairs amazingly well with a thick slice of breakfast ham or a chicken fried steak. I like to use it as an unexpected appetizer at parties, served with a big bowl of spicy pimento cheese. Who wants an invite to my next shindig? 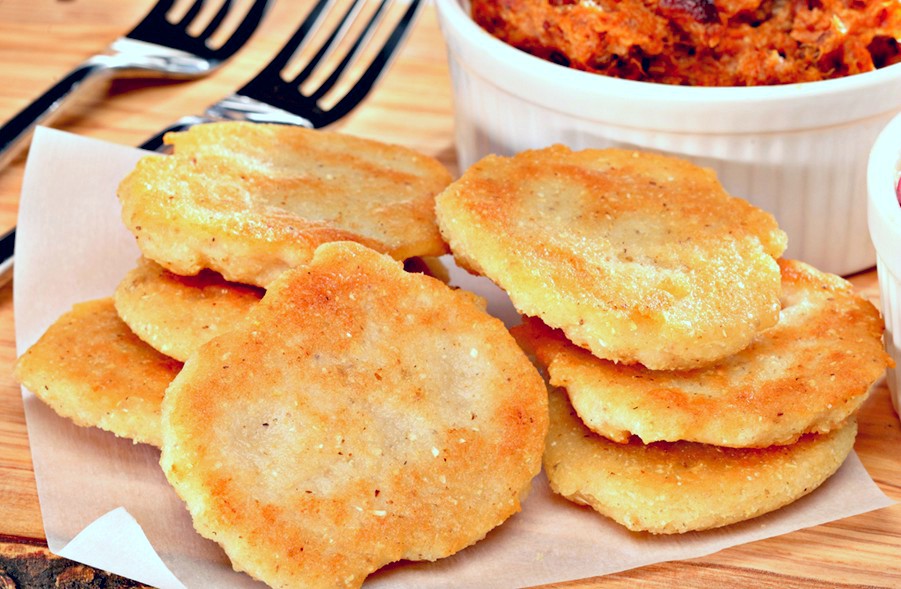 Skillet fried cornbread goes by many names in the south. Some like Johnny cakes, other’s hoecakes, but the principles remain the same, use only cornmeal and fry ‘em up in a ¼ inch of bubbling oil. Most often served with a traditional southern meal, fried cornbread compliments a variety of sides, with our favorites being collard greens and black-eyed peas. While always delicious smothered in butter, we think they taste even better soaked with the southern side dish you love the most.

Most southern food is attached to tradition, bread more so than all the rest.  The act of making bread is an important part of our culture and how we celebrate family. We don’t care if it comes in a basket, on a separate plate, or floating in a bowl of soupy beans… just don’t forget the bread. 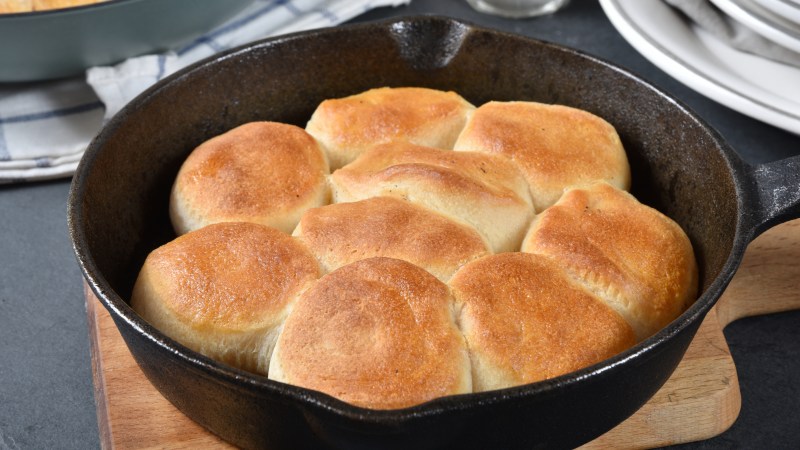 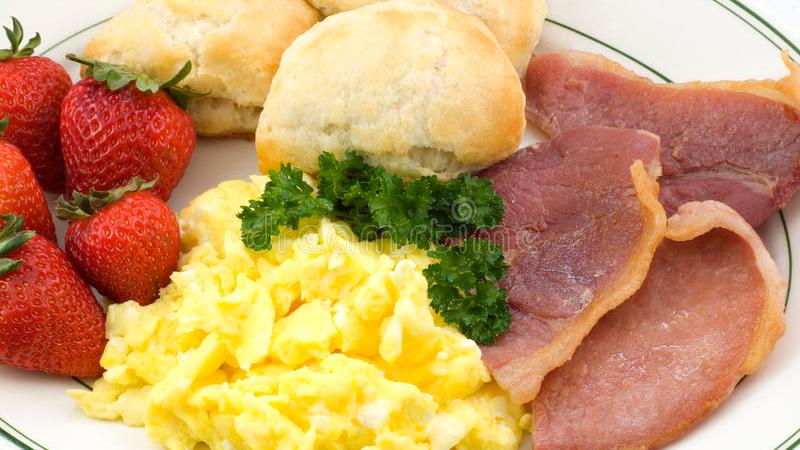 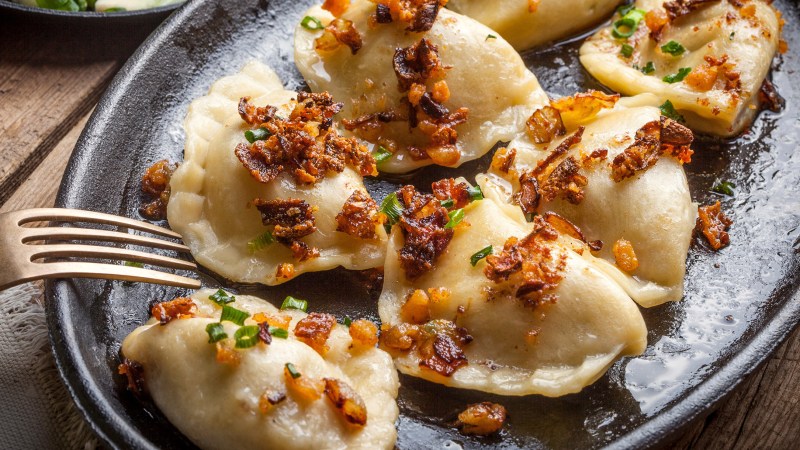 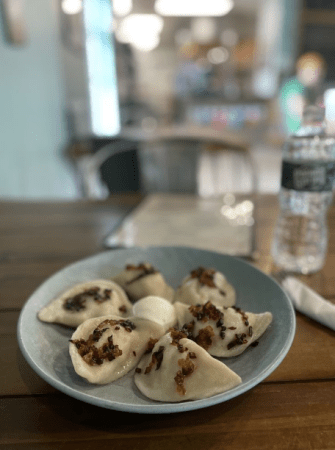